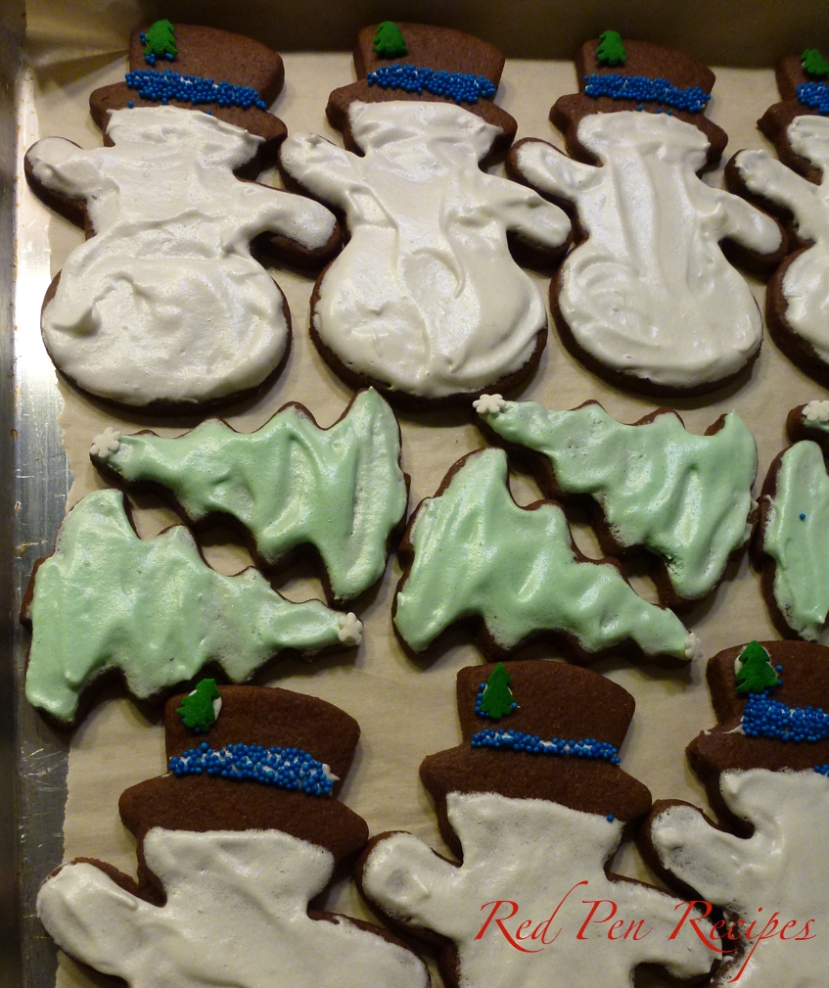 My 2013 cookie countdown to Christmas begins with this post. I know Thanksgiving hasn’t passed yet, but I’m already testing new recipes. I put my little Christmas tree up yesterday while listening to Christmas music, so the holidays are in full force at my place. I’m excited to share some new favorites with you.

My favorite new decorated cookie from last year was Food Network Magazine’s hot cocoa cookie recipe. I saw the recipe in the December 2012 edition as I was perusing for new recipes. The cookie is a chocolate cutout cookie topped with marshmallow cream. The recipe in the magazine called for making a sandwich cookie loaded with the cream, but it only makes 15 sandwich cookies — not enough for my large family. I decided to do a single cookie topped with the cream.

The chocolate cookie isn’t too rich, and the marshmallow cream was a really nice change from traditional icing or buttercream frosting, which is what I use on my sugar cookies. Plus, it gave me a chance to decorate in a different way. I love how they turned out. They just put a smile on my face. 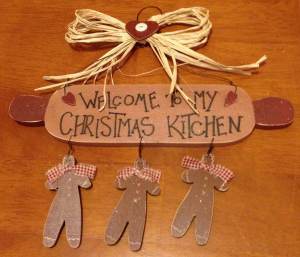 Sift the flour, cocoa powder, baking soda and salt into a medium bowl.

Beat the butter and sugar in a large bowl with a mixer on medium-high speed until light and fluffy, 3 to 5 minutes. Add the egg and vanilla and beat until incorporated. Reduce the mixer speed to low; add the flour mixture in 2 batches and beat until just incorporated. Divide the dough in half, wrap in plastic wrap and refrigerate until firm, at least 1 hour and up to 1 day.

Line 2 baking sheets with parchment paper. Working with 1 piece of dough at a time, dust the dough generously with flour and roll out between 2 pieces of parchment paper until about 1/8-inch thick. Cut out shapes using 2- to 4-inch cookie cutters and transfer to the prepared baking sheets. Gather the scraps and refrigerate until firm; reroll once to cut out more cookies. Refrigerate the cutouts until firm, about 30 minutes.

Position racks in the upper and lower thirds of the oven and preheat to 350 degrees F. Bake the cookies, switching the position of the pans halfway through, until slightly puffed and darker around the edges, 12 to 15 minutes. Let cool 5 minutes on the baking sheets, then transfer to racks to cool completely. Sandwich the cookies with the marshmallow cream.

Combine 3/4 cup sugar and 1/4 cup water in a small saucepan over medium-high heat. Attach a candy thermometer to the side of the pan and simmer syrup without stirring until the thermometer reads 240 degrees F, occasionally swirling pan and brushing down sides of pan with a wet pastry brush.