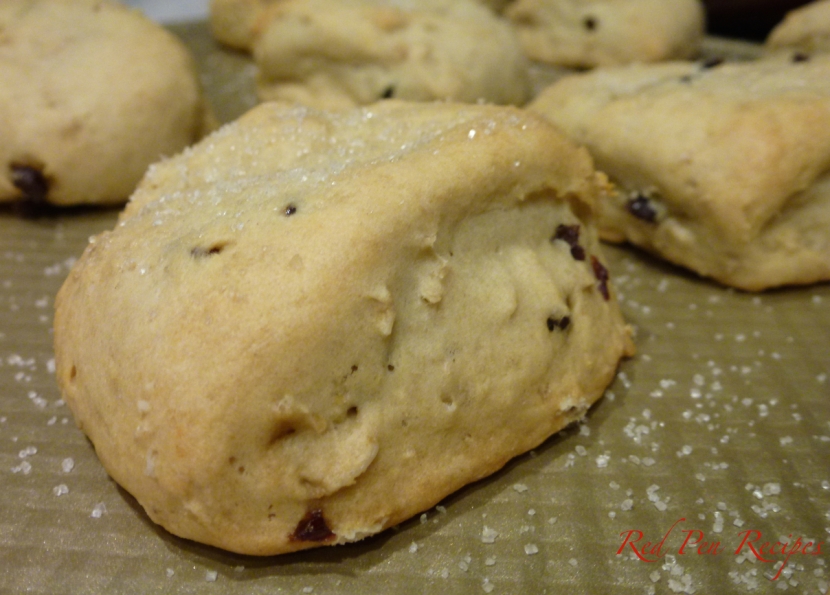 Irish food was the theme for this month’s team potluck. Even though I’m one-quarter Irish, I didn’t know what to bake. I don’t have any family recipes that have been handed down for generations. So I did what I normally do when I’m trying to get an idea of what to make: I turned to Google. The problem was that the results were mostly for trifles, or were just desserts with whiskey in them. As much as I like whiskey, adding it to a recipe doesn’t make food Irish by default. When an acquaintance suggested I make soda bread, but dress it up so it was more like a dessert and divide it into smaller portions so it was like scones, I thought that was a brilliant idea.

The only issue was that, the one time I made soda bread—which was years ago—it turned out dry and not that great. But, with a few more years of baking under my belt, I felt I could tackle it this time around. After looking through an array of recipes, I didn’t find one that quite fit the bill. So I used a few different recipes to get an idea of the ingredient ratios and came up with my own. And they turned out so well that one of my coworkers emailed me saying they were “So.Da.Licious.”

In a large bowl, combine flour, oats, baking soda, and salt. Add lemon juice, cream, and honey. Stir in cherries. Divide the dough into four portions. Using floured hands, shape each portion into a disc that’s about an inch thick. Cut disc into four sections and place individual pieces on cookie sheets. Press about a teaspoon of coarse sugar onto the top of each scone. Bake for 10-12 minutes or until lightly golden brown. Serve.