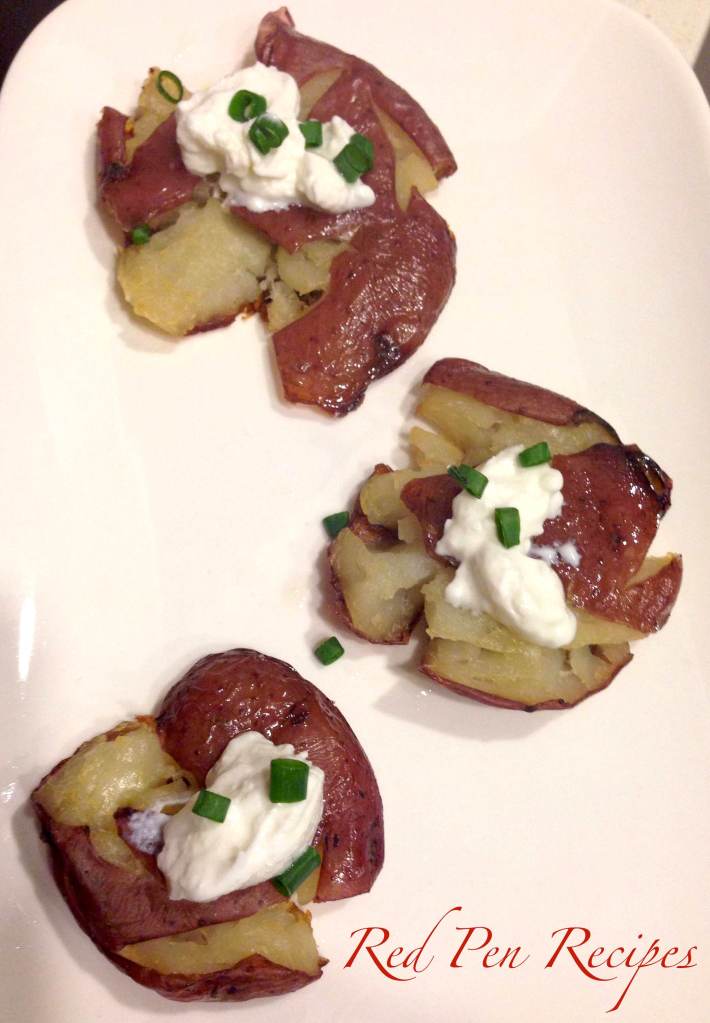 Smashed potatoes have been on my radar for a while. I’ve come across recipes for them several times online, in magazines, and in cookbooks, and have always been interested, but never took the time to make them.

I decided to make my first roasted chicken yesterday, and when deciding what to make alongside it, I remembered the smashed potatoes. They were fantastic. Though they take longer than just boiling or baking, the combination made for these tender potatoes with a slightly crisp exterior. The salt was enough seasoning on them, too. I topped mine with a bit of sour cream, which is also what I do with baked potatoes. They were so good. I’ll definitely be making them again.

Boil the red potatoes until tender, about 20 minutes. Drain.

Preheat oven to 375 degrees F. Line a rimmed baking sheet with foil. Place potatoes an inch or two apart on the baking sheet. Place a sheet of parchment paper or foil on top of the potatoes. Smash them by placing another baking sheet on top and pressing down until you feel the potatoes give. If you don’t have another similar baking sheet or other flat surface to use, you can smash the potatoes with the base of your palm.

Drizzle a bit of olive oil on top of each potato. Sprinkle potatoes with salt. Roast for 30-40 minutes, or until potatoes are slightly browned around the edges. Serve with sour cream.